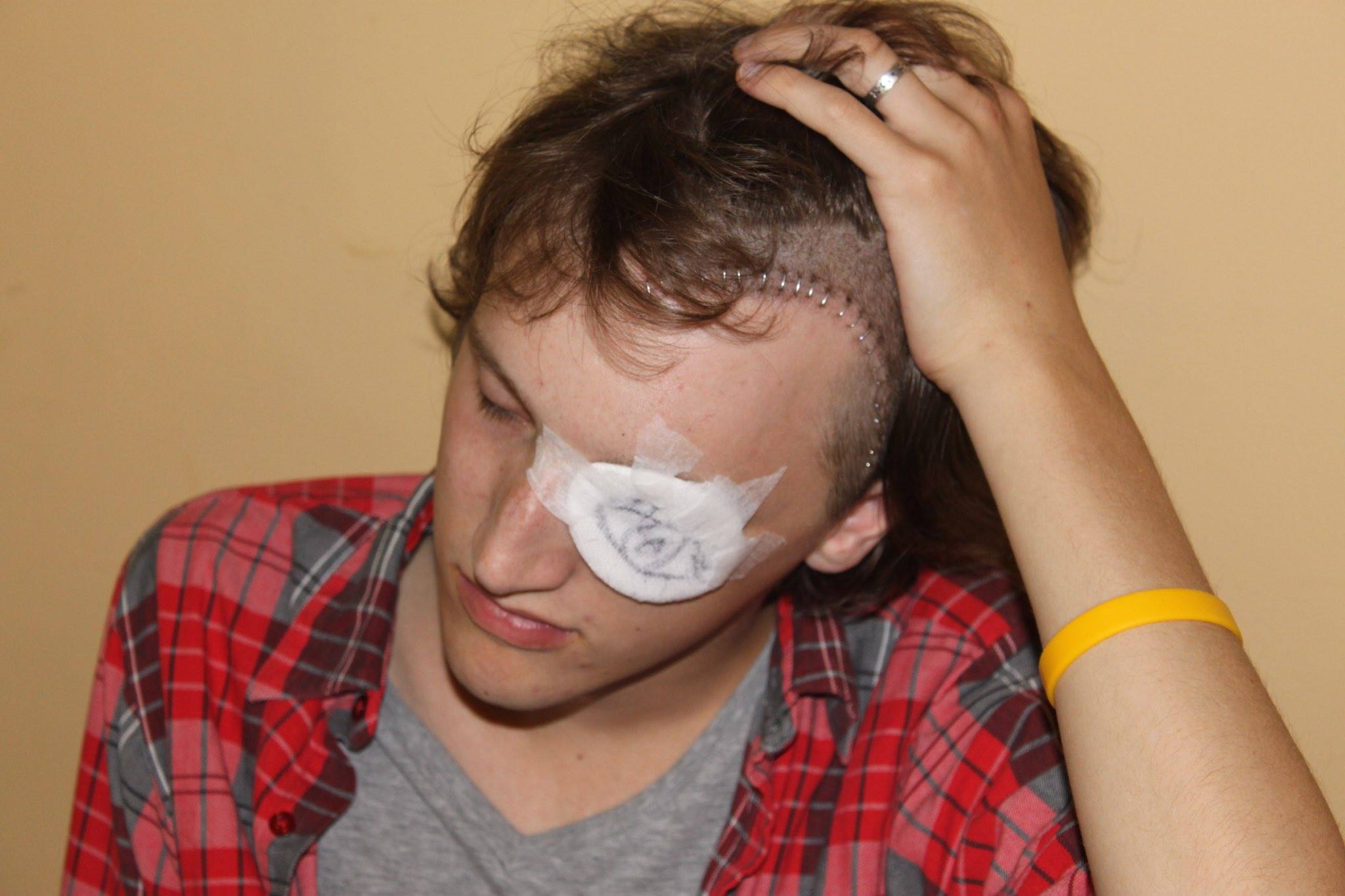 Leading up to Mother's Day, 2011, I had a couple small seizures, but no one noticed or witnessed them, so I didn't really realize what was happening. On Mother's Day, I was helping make brunch for my mom (of course), and had another seizure. This time, people noticed. I went on to have all sorts of tests to see what was triggering them.

Finally, after having an MRI, a small astrocytoma tumour about 35 mm in diameter was discovered somewhat behind my left eye. The neurosurgeon assured me that this was a common type of tumour occurring in adolescent males, with no noticeable effects until the early 20's. He also said that there was a very good chance that it was benign.

A week later, on 23 August, I arrived at the hospital at six in the morning for the craniotomy, and the next thing I remember was waking up for lunch, which I didn't feel up to eating (and I regretted, because in retrospect it was the best lunch served at the hospital). I have a nice scar just behind my hairline that one day will be visible, but that hopefully won't be until I'm middle-aged. I ended up spending a week at the hospital and then was allowed to go home and back to school, still wearing an eyepatch. It wasn't for another 3 weeks until my left eye recovered from the shock, I stopped seeing double, and was able to see again.

Since the surgery, I've had several MRIs, checking to see if the remaining portions of the tumour that weren't removed had grown at all. At my most recent, the neurologist showed me the picture taken that day alongside of the picture taken just after surgery, and I couldn't see a difference. Woohoo!