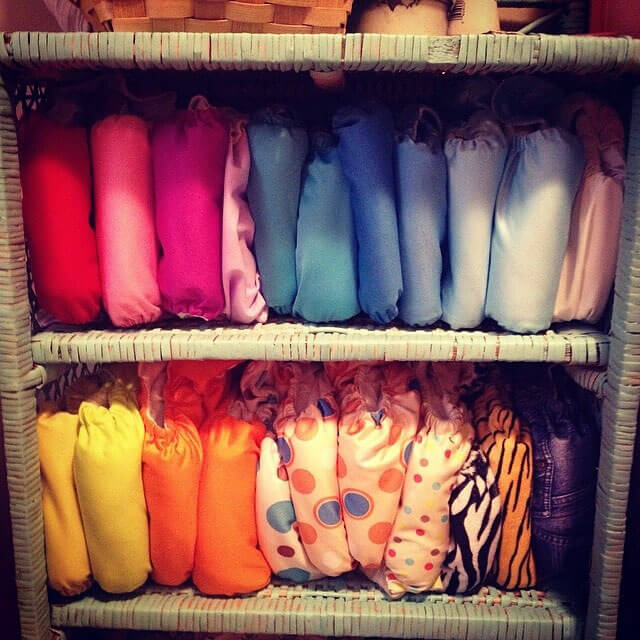 We live in a lazy, throw-away society, picking the easy option over the one that might be a little better. Using cloth diapers keeps gross chemically garbage out of the landfill, making you the most "green" parent on the block. Even if you're not the super environmentally-conscious person out there, this is a very easy way to boost your green score (if there were such a thing).

This one is a bit of a hard one to sell. Cloth diapers are not as convenient as disposable diapers, except when you don't want to leave the house because it's a blizzard outside.

Think of it this way: disposable diapers are like the 7-11 across the street. It's close and quick, but you wouldn't do all your groceries there, right? (7-11 would also be a rather gross way to eat dinner every day, kind of like that gross gelatinous stuff in a wet disposable diaper.

This one's where cloth wins, hands down.

Based on my records of how much diapers cost, and how many were used in the times we didn't use the cloth alternative (like during our trip to South Africa), we spent enough money on cloth diapers to buy five month's worth of disposable diapers. Even if you went all-out, and bought a supply of brand-new cloth diapers, you'd still break even before your kid turned one (plus you could sell them when you no longer need them). It becomes an even better investment if you use the diapers for multiple kids!

To those who say the cost of washing isn't worth it: washing our cloth diapers costs about $5-$10 per month, based on our water bill in Camrose. In our current home, water is part of the condo fees, so using extra is not an issue.

The only turn-off about cloth diapers that I had before starting was how gross it would be to clean the feces out (which you don't have to do until your little human resource starts eating solid foods). In reality, I was just chicken. If a father wants to show that he is truly a man, he can scoop some poop.