INKS. is my current go-to casual iOS game. It takes the idea of pinball to a very interesting, artistic level. 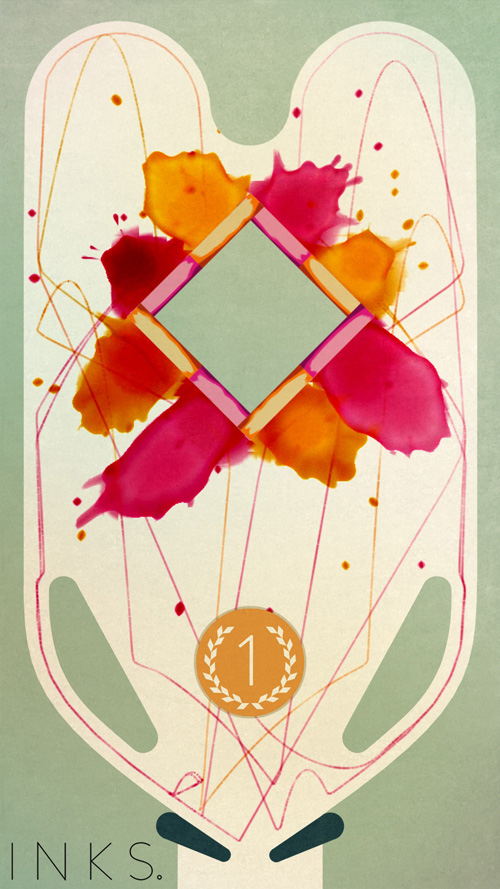 The game is set up very much like pinball, with some minor differences. Instead of a limited number of balls, one gets gold, silver, or bronze, depending on how many they use. The score is replaced by a count of how many times one triggers a paddle.

Instead of different elements that, upon hitting, add to your score, there are elements that act as bubbles of paint which burst upon impact. The level is completed successfully when all said bubbles have been popped. When the bubbles burst, there is a lovely paint splatter which the ball then rolls through, drawing lines throughout the level. The paints also mix together rather realistically (according to me, someone who doesn't actually know how paints mix).

All in all, its a nice fun game that's not too hard to complete successfully. It has the added benefit of powerups which can be bought for points earned in the game, or real money, but it's not one of those games that can't be finished without them.