The Next Step in Driving Directions 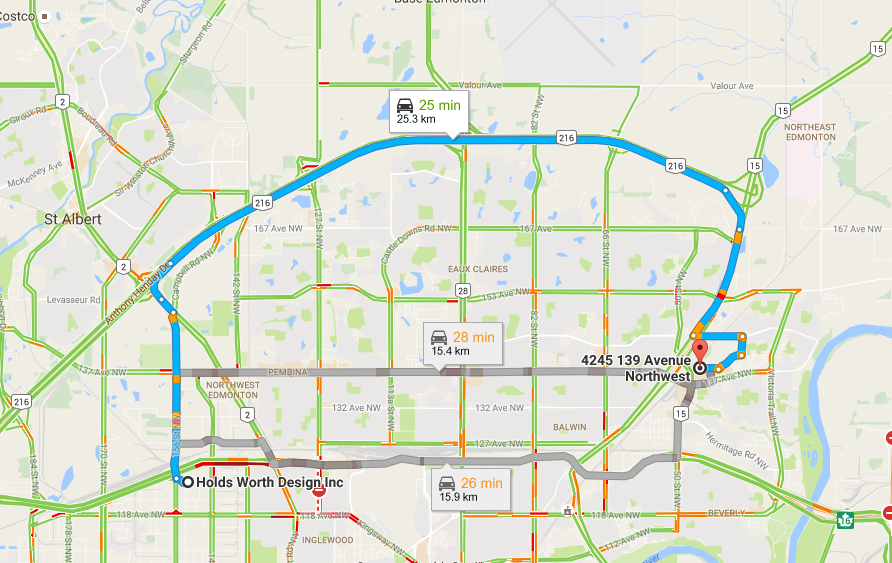 Google Maps' forced quickest-route method is my biggest gripe about driving directions. Some afternoons, I ask Maps to tell me which route to take home, usually to avoid construction. Today was one of those times.

Google's three routes this time were the three usual ones. (Two with a slight modification, but fairly normal.) Because of the construction, my usual route was estimated to be about 26 minutes. My backup route, which is less than 1 km different, was 28 minutes. Google, in their system's ultimate wisdom, suggested that I take the route 2/3 longer than my main route, to save me one minute. One minute.

Based on my approximation of driving costing about $0.20 per kilometre all-in, this suggested route was $1.08 more expensive than the (adjusted) usual route. For that to make any sense, my time would need to be worth $64.80 per hour.

If I were to suggest one change in how mapping and navigation software works, I'd say it should let you specify and save what type of car you drive (and reference the tested fuel economy and average other driving costs) or allow users to set what their rate per kilometre is. This would also be useful for people who are both getting paid hourly and for their distance at the same time.

Next time this happens in Google Maps, I'll need to see what Apple Maps suggests.