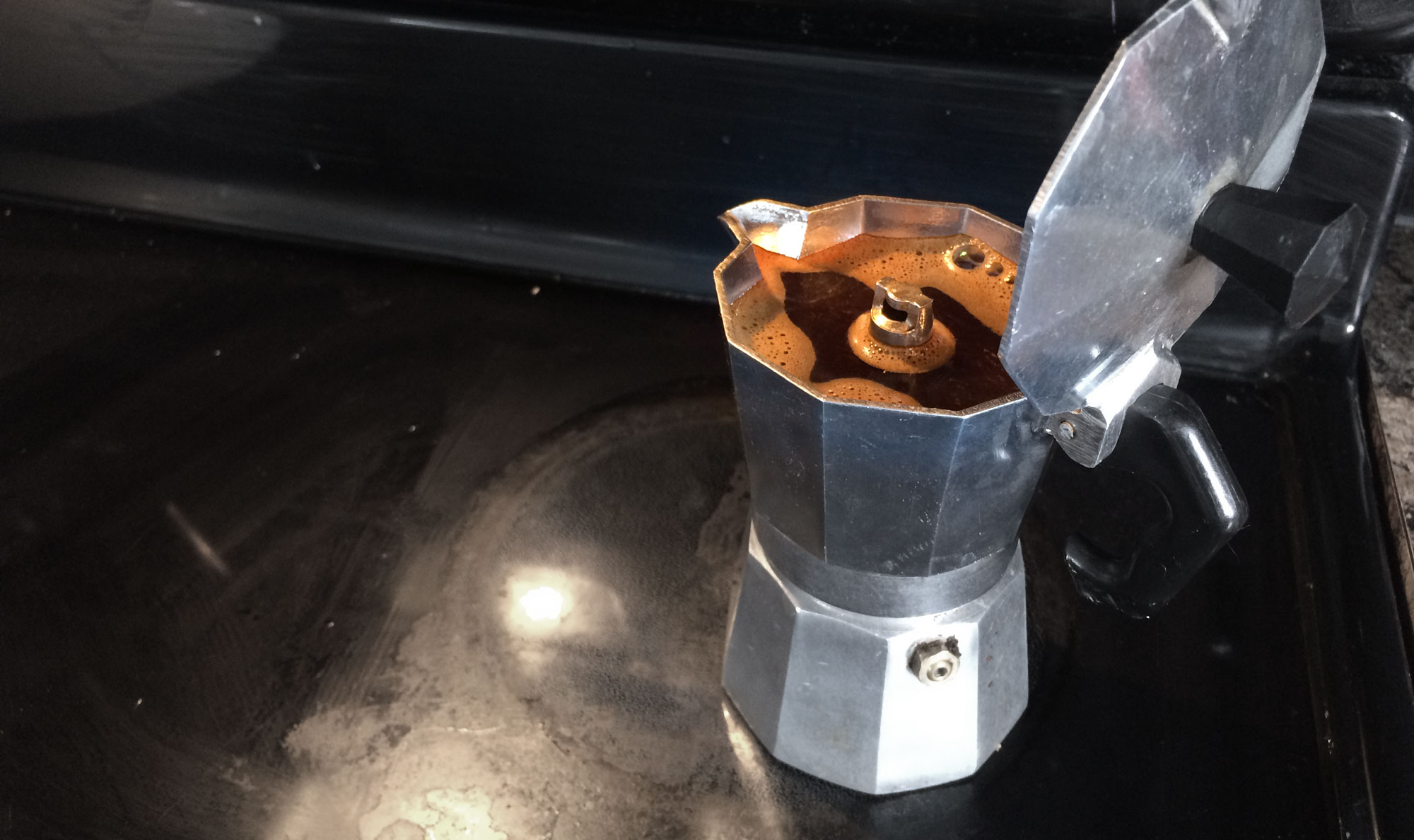 Of those who make and drink coffee in the comfort of their own home, there are three major subsets:

For the first group, a standard drip coffee maker has probably been the default, and now is being superseded by various single cup, more-waste-is-okay-because-it-is-convenient “pod-based” coffee makers.

The second group are those who have the counter-space to dedicate to an espresso machine, the money to buy a fancy one-touch automatic espresso maker, or enjoy the tedium of manually pouring their pour-over.

I used to think that the third group, which I fall in to, was adequately serviced by the French press, but now I think otherwise.

As someone in that third category, I don't drink coffee that often. I don't “need” coffee — or, more specifically, caffeine — to wake me up in the morning, and when I had a commute longer than 20 steps, I didn't stop at Timmies for a cup of their slootwater* every morning. Because of this, I don't feel that it's worth taking up valuable counter space with a plug-in coffee maker. This also means that, when I do have a cup of coffee, it's nice to drink something a little fancier.

* Slootwater, directly translated as “ditch water”, is a Dutch term for weak or inferior coffee.

For the first several years of my adult life, I had a French press coffee maker for those odd times I felt like coffee or had guests over who were in need of their regular fix. It did the job in that it was very cheap and didn't take up any permanent space, but it didn't provide anything fancy, so I didn't use it much.

When I found out what a moka pot was, I was intrigued. It was the same size as a French press and easy to stash in a cupboard, and though considerably more expensive, was also durable (i.e. not made out of glass) and didn't require a separate appliance to heat the water. The key benefit, however, is that the product of a moka pot's brewing was touted to be more like an espresso shot than like drip coffee.

For those who don't want to go look up moka pot on Wikipedia, the Book of Knowlege, it's a metal, stovetop coffee maker that uses the pressure caused by the expansion of water as it heats to force the water through coffee grounds. It is similar to the idea of percolator, but instead of just using the pressure of expanding water to move the above the grounds so it can drip through, it forces the water through the grounds, but under pressure.

By using a moka pot to brew the odd (1-2 times per week, for me) cup of joe, it lets me do things like cappuccino, fancy things with frothed milk, and strong iced coffee. Instead of just having the option to brew something similar to drip coffee, I can do a wider range of drinks without any decrease in kitchen space.

Another benefit, making it a simpler process than the French press, Aeropress, and other devices that require boiling water to start, is that one doesn't need a kettle to prepare their coffee in a moka pot, unless they're wanting something like an americano. It also doesn't have any disposable parts like filters that you'd need to buy more of on a regular basis.

There is one downside, and that is that the moka pot is designed to work best when it is filled to capacity. That means if you have a three-serving moka pot, you really shouldn't be making a single serving with it. I solved this by getting two! (Both at the thrift store, so I've spent less money on them than the two French presses that I've bought and broken in the last decade.) I have a single-serving moka pot for those odd times I want a hot cup for myself, and a six-serving one that I use when I want to make coffee for the wife and I, or guests come over, or I want to cool a bunch for iced coffee.

While there are other ways to make the odd cup of coffee, like the Aeropress or the Vietnamese-style, the moka pot is the best combination of simple, durable, versatile, and foolproof for those who want a happy medium for the rare cup of the magic bean juice that they make at home.